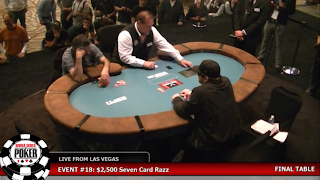 Mr. Wegas Away From Poker Tables