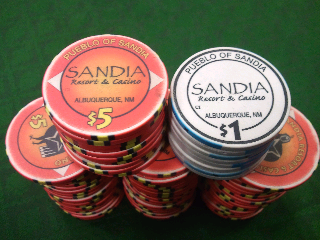 Rake in the game is 10% up to $3 plus $1 for the bad beat jackpot. I played for about two hours and I was lucky to double up in my first hand holding KK. Later, picked up a couple more pots for a total of $540. I'm definetly goin g back to Sandia.
No comments: