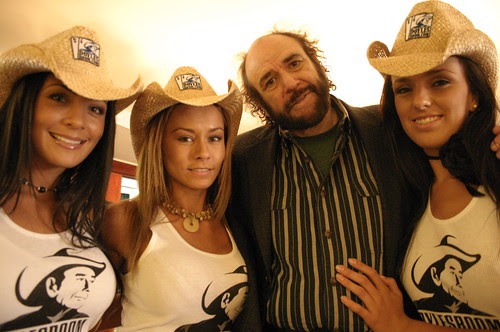 Question 4: Any rules at the WSOP that annoy you?

Yes, but it's not the fault of the WSOP. All major tournaments have adopted this same new rule and it's driving me crazy, or crazier, whatever.

It actually came up in an event I played this year at the Series. I was heads-up, giggling and mumbling about the cards showing on the board, attempting to get a read on my opponent, who had bet on the previous round and again now. There was something like A-4-Q-K-10 showing at the river and I had a pair of queens. I was saying, "Wouldn't you be concerned about the jack if you actually had a big pair?" As I'm speaking these words, I'm gauging my opponent's reaction.

I think not being able to speculate about a hand heads-up is even worse, and certainly not good for either the soul of poker or televised play-by-play drama. Humor me. Change these rules, please. By the way, I called and won the pot.

I believe there's a place on this planet for a game where you have flushes, full houses, and pairs, but can't speculate aloud about your hands. That's perfectly okay with me. But please don't call it poker, because that name is already taken.