I spent last weekend at Ho-Chunk casino in Baraboo, WI. Played Friday 9 hours and lost $1100 after numerous bad beats. Saturday I played 11 hours and got back my $1100, and left the game at that point.

Friday was so bad. I lost four times to a straight on the river. It was not important if I had a set on the flop or even flush. I knew I'll loose. I started about 4pm and by 7pm I knew it's going to be one of those days. It would be better if I left at that moment, but ....

This hand illustrates how I just couldn't win that night. Floping streight was not good. We were all in on the flop, but running clubs gave my opponent a higher flush. Loosing a hand this way should be a signal to leave the game. 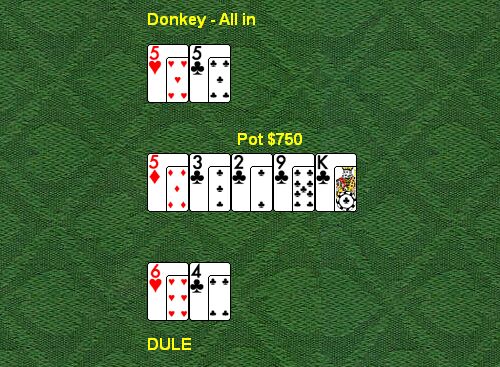 About 10pm my new poker buddy Ben came at my table. He also got lucky on me. Ben raised pre flop and I limped with KK. On the flop I raised his $20 to $60 and he called fast like he has a good hand. After Ben's bet $100 on the turn I started to think that he may have a set of tens or ... On the river we were all in.
I lost to a runner-runner straight. Bad plays shouldn't be rewarded. Even I was sure my kings were the best hand, I didn't raise on the turn thinking "he's mine, let him drown himself." 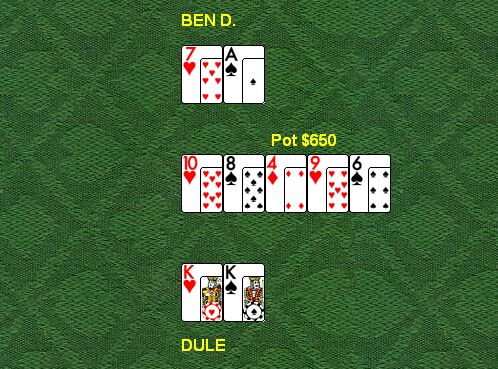