This was a boring week. Monday I went to Ho-Chunk and got fast $500. I played another four days with small losses, so week ended up only $185. I played 34 hours and made $6 per hour. Not enugh to make living by playing poker.

Floating
Saturday night at Ho-Chunk I had this two hands in about 15 minutes. It's interesting that in the first hand I folded my top pair, but in the second hand I stayed with a draw to the river to pickup a nice pot. In both hands I was lossing to a two pair on the flop.

On the flop Bud made a $10 bet, Bruce raised to $50. I smelled trouble and folded the best hand. Bud re-raised .. and they were all in on the flop.
Knowing players I'm against I made a good read, and a good fold even an Ace on the turn gave me a winer. 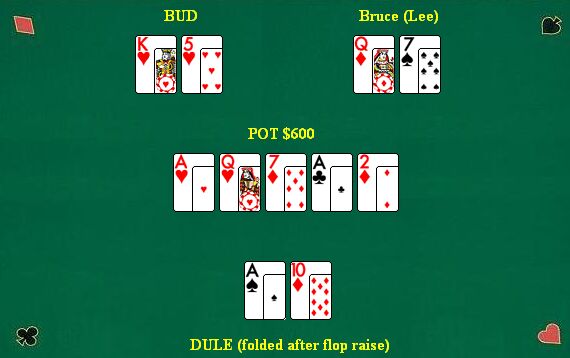 Bud's bet on the flop was $10, Bruce called, I decided to stick around for another king or a spade, after an Ace on the turn I made a raise ... and won a nice pot. 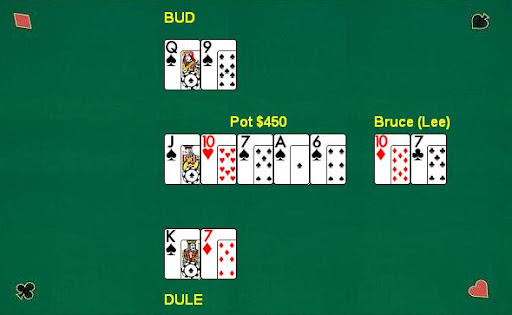