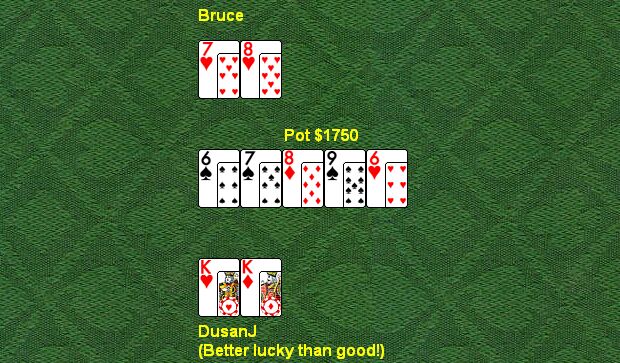 There was not much I could beat in this hand. Bruce raised pre flop, so if he had a pocket pair like fives or tens he made a streght on the turn, and pair of sixes, sevens or nines gives him a set and I have only two outs left. All I could beat was the pocket pair of Queens or Jacks.

I admit my all in was a mistake, and I got lucky. But sometimes it's better to be lucky than good.