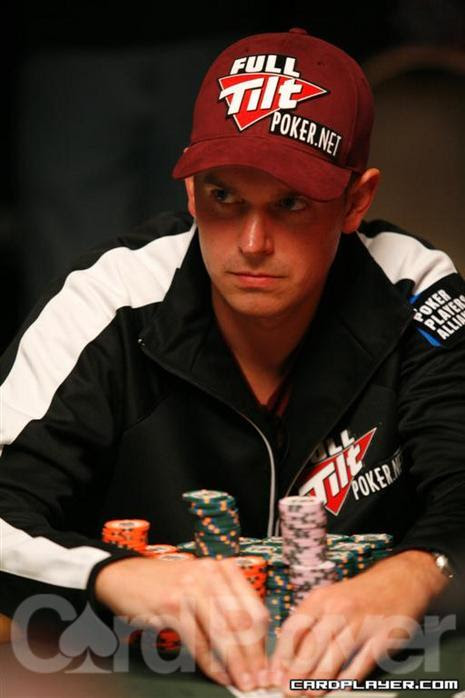 When you've just been handed a check for $396,000 -- you could have had a duffel bag full of cash, but you opted for the check -- and yet you still need to blow off steam, who are you going to call?

That would be Annie Duke, the poker legend, and not only does she understand the vagaries of the game, she was partly responsible for Statz, a 1995 Madison East High School graduate, playing in the 2010 World Series of Poker (WSOP) in the first place.

"Annie understood," Statz said. "She made me feel better. She said, ‘You made all kinds of great plays. Don't beat yourself up over one bad play.'"

Statz's anger quickly faded as the reality of what he accomplished in a magical week of playing poker in Las Vegas sank in.

Statz, 32, went out of the tournament on July 17, placing 16th out of the 7,319 players who paid $10,000 to play in the WSOP Main Event. It was Statz's first Main Event, and a remarkable performance for someone who got hooked on the game a decade ago but hasn't played many tournaments lately.

It was all the sweeter for the presence of his parents, DuWayne Statz and Kris Knight of Madison, who flew to Vegas once Ben had survived deep into the tournament.

Also in attendance was Ben's girlfriend, Katy Lederer, who was introduced to Ben by her sister -- Annie Duke. This is a story with some interesting twists.

Statz, who today lives in Brooklyn, N.Y., was an excellent student at East, and at UW-Madison as well, where he earned degrees both in economics and molecular biology.

He eventually landed with a Philadelphia-based securities trading firm called Susquehanna. Part of the company culture involves poker -- the idea that the game can provide lessons in risk management and reading opponents.

Statz, who had been introduced to the game at UW-Madison by a friend, Cero Zuccarello, began playing more seriously. He played online and at casinos in Atlantic City. When Statz spent some time in Susquehanna's Ireland office, he won a charity tournament in Dublin.

It was online through a mutual friend that he first met Annie Duke, and they made an arrangement where Duke would give Statz lessons in return for a percentage of his winnings.

When Statz returned from Ireland -- today he and two partners have their own trading firm, with Ben based in New York -- Duke introduced him to her sister, Katy Lederer, and eventually Ben and Katy started dating.

Annie and Katy's brother, Howard Lederer, hosts a charity poker tournament in Las Vegas prior to the WSOP, and this year, Katy suggested they attend and that Ben enter the WSOP Main Event.

Statz hadn't been playing much poker, but a second place in an Internet tournament whetted his appetite and he took the $10,000 plunge.

As the Main Event at the Rio Casino progressed, Statz found himself slowly rising to the top tier of chip holders each day. He didn't do anything spectacular, but he didn't make many mistakes. His college friend, Zuccarello -- who lives in Madison and is a seasoned tournament player himself -- helped by providing information on the other players at the tables where Statz was seated.

"The mental drain can get to you," Statz said of the long week of intense card play. "But I'm used to not sleeping very much."

Statz's father arrived in Vegas on July 16 and his mother the following morning, when the field had been trimmed to 27. They got to see the media swirl and excitement that happens when the WSOP is down to three tables.

Statz went out shortly after losing a big chunk of his chips in a hand he dropped to the veteran player Adam Levy. It was his play of that hand that haunted Statz later. Duke told him to forget it, and he has, pretty much.

Back in New York and back at work, Statz said he still regards poker more as a hobby than anything, although we may see him in a few more tournaments, and certainly another WSOP.