Last night I played in my regular Tuesday night game. In first five hands I had a pocket pair and didn't win any. Later I had four times pocket queens and didn't win once. I flopped twice a set and lost. Three times I was beaten by the straight on the river, and once by flush. It was bad and more bad, and I was lucky to lose only $400.
Tonight I decided to stay at home, but it was boring so I started two low cost tournaments on Poker Stars. A $3 re-buy tournament with 4095 players, and $22 Sit & Go with 180 players. From the first hand no luck. Just can't win a hand. Here are two bad beats I had simultaneously in the same minute. 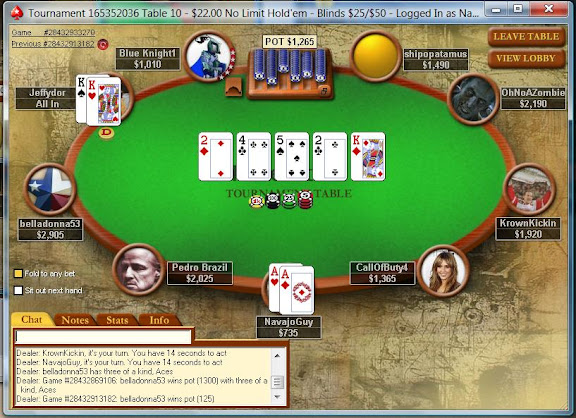 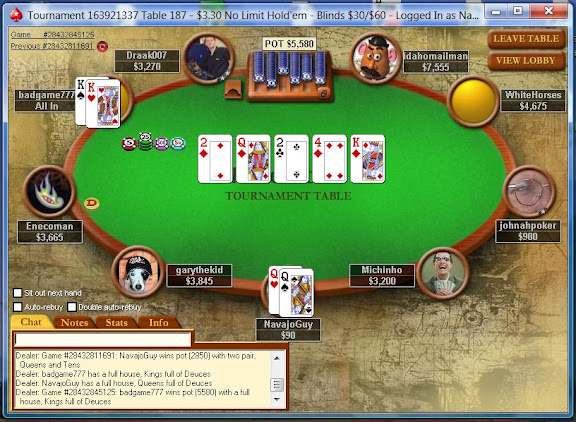 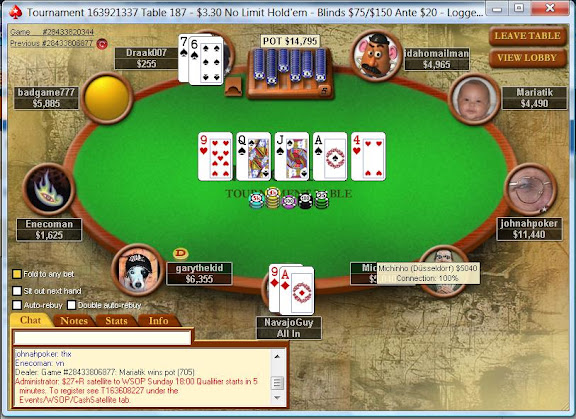 I continued re-buy tournament with 7 re-buys, and made it into the second hour. Total prize pool was $50,000 with the first place prize $6,500.
With about 2000 players left in the game I won a nice all in hand. 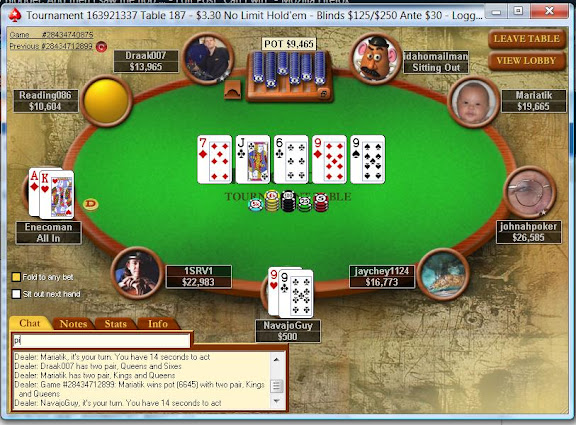 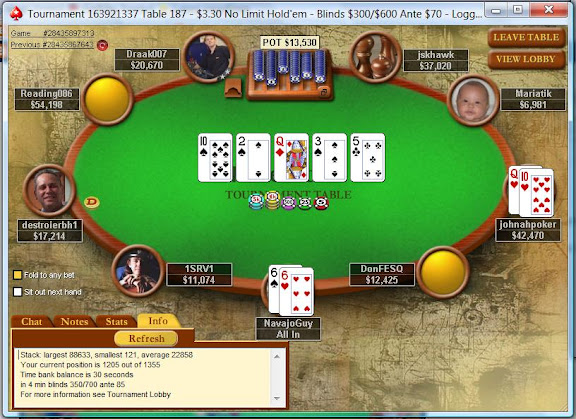