I played today my first satelite on Ultimate Bet for the Aruba Poker Classic. Click for info on Aruba tournament, or go to www.arubaclassic.com. There are $8 re-buy satelites that lead into Aruba Super Satelite, or you can buy in for $215. At one moment I had a pocket kings two hands in a row. Lost the first one to an ace on the flop, but won the second one. I finished fifth when my pair of Jacks lost to a pair of Kings.

Later I decided to play my favorite $3 re-buy (50K guarantied) on Poker Stars. After the re buy period I had over 10,000 in chips. Tournament continued with a series of bad cards. I was patient and decided to wait for the right moment and blinds to start making moves. Than came this hand. On the flop I went all in and ... 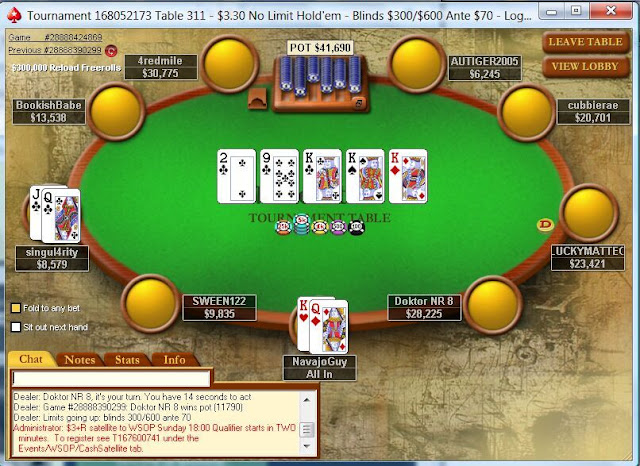 A few hands later I had pocket Jacks and just called the pre flop raise being affraid of pocket kings.
I gotut lucky on the flop, and went all in, but ... 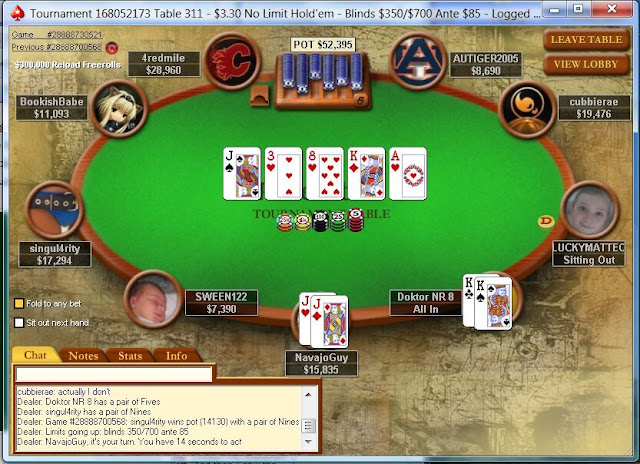